The main objective of our project is to historicize the transformation from state socialism to a market-based liberal order. We want to challenge dominant notions about the temporality of this process as well as of the role of the state in it. We are particularly interested in the connections between changes in every-day social relations and large-scale transformation. One of the hypotheses of the project is that the trajectories and outcomes of transformation were conditioned by the peculiar ways in how different levels of social action – from the local to the global – interrelated. 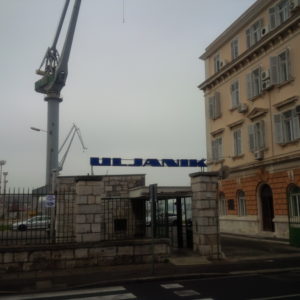 Our research explores labor relations in the two shipyards Stocznia Gdynia (Poland) and Uljanik in Pula (Croatia) from the late 1970s to the accession of Poland and Croatia to the European Union. The focus on concrete industrial sites, where we can trace in detail the changes to labor relations and milieu composition, allows us to explain transformation “from below”. We suggest that transformation began already a decade before the the end of communist rule and that it continued until recently. The project focuses on three levels of analysis:

We intend to study the many paradoxes and ambiguities of transformation from a historical-anthropological and social history perspective. The emphasis is on the (self-) transformations of individuals and groups and on changing social relations. By focusing on workers and their interactions with managers, we will highlight the importance of everyday practices on the shop-floor for the outcomes of transformation. Workers’ strategies of accommodation, appropriation, and subversion are important elements in this social drama. For that we will also ask for the sources of social and cultural capital of these groups of actors. What, for example, was the consequence of the experience of workers’ mobilization by Solidarność in communist Poland for the repertoire of actions of workers in the 1990s? What role did the memory of workers’ self management in socialist Yugoslavia play for the (re)positioning of workers towards management and government in “Uljanik” in the 1980s and 1990s? What were the symbolic resources by which management and trade unions justified their claims?

Another aim is to evaluate (dis-)continuities between socialism and post-socialism in order to understand specific temporalities of different developments. We contend that industrial enterprises like the two shipyards are perfect social sites for the exploration of these questions, possessing paradigmatic as well as idiosyncratic properties. One central question is the role of the state: it did not disappear with the end of state socialism rule but remained an important economic agent, as evident in its continuous (co-)ownership of, and subsidies for the two shipyards. It appears that EU accession had more momentous effects for state involvement than the demise of communist rule. Finally, we want to empirically understand what the relationship between globalization and economic change and its local effects during and after state socialism is. Our two case studies are perfectly suited for the investigating of the impact of globalization on transformation because of the globalized nature of ship-building. 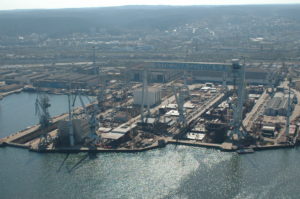 The project is carried out by a team of four senior researchers and one PhD student, in tandem with partners in Croatia and Poland. Its main goal is a collective monograph that will provide a contextualized, comparative micro-history of the two factories in transformation. By that, we also want to make a contribution to the discussion of the relation between time and space, as we will explore both the importance of temporal and geographic dimensions of change for our case studies.

The project is generously funded by a joint grant from the German Research Foundation (DFG) and the Austrian Science Fund (FWF) under their DACH cooperation scheme.